For my 13th birthday, I had an Amazing Race party with my friends.

For invitations we got pictures of the Amazing Race and made a collage on the outside cover of each invitation. Then, we just typed the info about my party on the inside. My party was from 11am-6pm. When the guests arrived, we split up into three teams of two. There were five guests, plus me.

We started out by creating and decorating team t-shirts. Each team made up a mascot, motto, and quote to put on their two shirts. In order to do this, we bought plain, white t-shirts and fabric markers before the party. After working for awhile it was time for lunch. My mom and dad took all six of us out to lunch, just down the street to gain energy for the challenging afternoon. After eating for awhile we all went back to my house to start the race! Since, we had asked everyone to bring their backpacks we decided to take team and group pictures before and after the race. So, each team had two polaroids taken with their backpacks ready to race. We made sure everyone got a picture of their team to take home. Also, we took six group pictures to put in everyones gift bags.

Finally, it was time to begin the RACE! Before and after each task we had a destination clue. These told you where to go to look for your next clue and gave you a break in between tasks. One destination was to "go to the living room couch to find your next clue." One task we did was called "chef" it was a gross, but fun task. Since it was a road block only one person could complete it. The person had to put a specific amount of mandarin oranges, crushed pineapple, marshmallows, coconut, and the nasty ingredient sour cream into a small bowl. Then, they must eat it to complete the task. Some people thought the sour cream would taste good, but it fooled them a lot. Another task included "bales", a road block where 1 person from each team had to search through a bale of hay for their clue.

We bought 3 bales of hay and put them in the back yard. My dad hid the same clue inside each bale. This was a frustrating, fun, and messy task. We also had some other road blocks like "disguise where one team member had to paint the other team members face using makeup by following a picture with no directions. Also, another was "tree ribbons", where one team member had to search through many pink ribbons tied on to trees in the yard to find one with a black dot on it. This was a fun and challenging task. "Cups", was a road block that took a lot of work and a lot of energy. One team member had to take a plastic cup in a tub of water and fill it. Then, the person had to take the cup of water down to another bucket and pour it in. They had to repeat the process until the bucket was full to the marked line. Some detours we did were "tent" or "sprint" where you both had to either jog two laps around our neighborhood loop, VERY TIRING or set up a tent withut instructions.

At my party, all three teams chose "sprint" and were all very worn out for the nest task. Also, a detour we did was "pack" or "stack", where you both either had to stack 70 dimes working together or pack a suitcase fitting all items from a huge bag full of toys and clothes. "Pack" was choosen by all teams and took awhile for the teams to complete. It was fun to try to stuff all the things in the small suitcase and be able to zip it up, though! For the detour, "flight" or "fright" teams either had to create a plane out of only given materials and fly it a certain distance or sit down at the table, get blindfolded and given gross foods to try. They had to guess the foods correctly to receive their next clue. One of the foods was avocado and the team that did this task thought it was nasty! We had a detour called "croquet" or "tray". For "croquet" teams had to correctly play a game of croquet using wooden balls and mallets to go through a corse of wire wickets. For "tray" teams had to sit down and look at a tray of items for 30 seconds.

Then, as a team, had to write down as many items as they remembered from the tray. They had to get most of the items correct to get their next clue. This task took less time then croquet although, one team chose "croquet". Even though my birthday was in September, we still did a pool task. It was called "splash". Since it was a roadblock, one team member jumped into the pool and swam two laps to get their next clue. We did lots of other tasks as well and it took all afternoon. After we completed the race we took team pictures of all the teams with their awards. The winning team got first place certificates, 1st place pins, and gift certificates to a bakery. Second and third place teams got certificates with their ranks on them.

We also took team and group pictures after the race while we were all sweaty, wet, and covered in hay. Then, we opened presents and had cake. Treat bags had all the polaroid pictures we took and travel supplies such as shampoo, towels, and fake money. Everyone enjoyed my birthday and even two weeks after all my friends are still talking about it. I hope my ideas help others who are interested in "Amazing Race" birthday theme as well. Thank you, enjoy, and remember no matter what have fun!!!!!!!!! 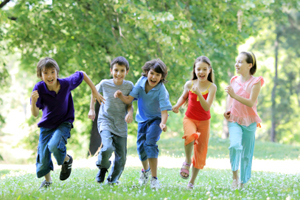