For my daughter's 8th birthday, we had a backwards sleepover party.

I sent out invitations printed out on the computer so the kids had to hold it up to the mirror to read.  It instructed them to wear their clothes backwards.

The decorations were air-filled balloons hanging down from the ceiling, streamers on the floor, and an "EXIT" sign on the front door.  I turned all of the chairs facing out and put the tablecloth under the table.  I put the chips in popcorn in small bowls and covered them with bigger bowls so it looked like they were upside down.  We poked holes in the bottom of soda cans & the girls ate on the floor.

When the girls first arrived, they entered backwards, once everyone arrived, we opened presents, after Ciera blew out the candles, we all sang "Angry Unbirthday From Me", ate cake & about an hour later we ate pizza, served in cups.

For thank yous, we took pictures of each guest with the birthday girl standing on their heads(they put their head on a pillow & leaned against the wall)  I first intended to play a game where the girls had to get a partner, one girl sits behind the other girl and she has to feed the girl in front a piece of cake, since the girl in front can't use her hands & the girl in back can't see, it would have been interesting, but the time flew by & it was time for the girls to get ready for bed.

In the morning while waiting for parents to arrive, we played one more game.  I wrote the name of animals on pieces of paper & taped it to each girls back, the girls had to ask the other players yes or no questions to figure out which animal they were, the twist, yes=no & no=yes.  That was a lot of fun. 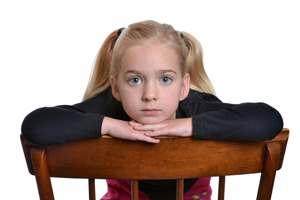