Coen in Heerenveen, FryslĂ˘n, The Netherlands

For my daughters 10th anniversary we had a 'Swan Lake-party'. My daughter and her girlfriends like 'street-dance' and things like 'line-dancing', but ballet is something they have only heard of. We decided to organize a 'Swan Lake-party' because it brings them in touch with their emotions and it brings them to a world of dreams and fairy-tales. We have no experience with ballet ourselves.

After drinking, eating and unpacking the presents the twelve girls made their own 'ballroom-booklet', five stapled pages in different colors. It was a special kind of 'ballroom-booklet': on each page of it they had to write the title of a song they would like to dance on. They had to make it with a little drawing, decorate it with a glitter glue pencil, and stick on some shiny stickers that my wife had bought. They so liked making their booklets with their own songs that ranged from Shakira's Hips don't lie, to self-made summer-camp songs, and songs they had just learn to play on the piano- that they kept coming back to it in between the other activities, to add a sticker or to write something with the glitter-pencils.

After that we had for 10 minute a little rough break with the playing of 'chair-dancing', you probably know the game with 11 chairs for 12 girls and when the music stops, you have to pick a chair and one girl fails. And then the game goes on with 10 chairs for 11 girls etc.  Now the final of our party would begin. My wife, who is a good story-teller, told the fairy tale of the Swan-Lake, about the prince who is about to marry, the swans who are really girls and the bad wizzard with his daughter. We had ordered the girls to sit in a circle on the ground, but they started to lie down to listen.

Then we played the ouverture (intro) of the Swan Lake by Tchaikovsky, which took 3 minutes.  The girls were now divided in two groups in seperate rooms. We asked them to dance and express themselves on emotions like anger, sorrow, gladness, being in love etc. The kind of dancing they choose, and that we encouraged, was a kind of free-style, self-evented ballet-dancing without music.

After that they had to dance the actors of the fairy-tale like the hunters, the princess or the swans. For one group this was a tough part of the party, because they had to be serious and that wasn't easy for them, but with a little encouragement they managed to do it. This part took 12 minutes.

After this each group had to dance the final part of the story: when Odette returns very sad to her swan-girls, the prince comes and wants to express his love but a storm seperates them, but finally they find each other. We left the groups without supervizing (after having divided the roles, every girl wanted to be Odette!.

After twenty minutes they performed a very fine dancing-act of about 2 minutes (without music). The whole party took 2 hours.  What touched me in the party was the moment we played the music of the ouverture of the Swan Lake (by Tchaikovsky).

By their own initiative the girls started to dance and move through the chamber. Seeing them dance made my wife think of the story of Ugly Duck, the little one that will turn into a lovely swan, these girls are yet so young, some of them so unconfortably with their bodies and yet they dance and move.   Coen Wessel 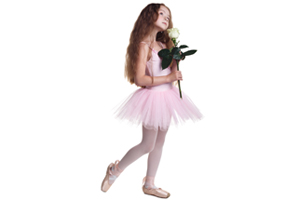