For my daughter's 7th birthday party, we had a Mary-Kate & Ashley (Olsen Twins) Mystery party.

I designed the invitations using pictures scanned from one of their "new adventures" books.  The front had a picture of the girls on the phone & said "You're Invited" - the inside had a picture of them in their trenchcoats & said "Give Us A Mystery", with the details of the party listed under "Who? (You!), What? (J's 7th birthday party), Where?, When?, Why?(for mystery, adventure & lots of fun!)"

I saw a display in a store that had cardboard life-size cutouts of Mary-Kate & Ashley and the store let me have them, our guests had a great time comparing how tall they were compared to the twins & it also was fun to take pictures of the kids posed with the cutouts.

For the cake, I had an icing image made of the girls in their trenchcoats & decorated with question marks & used "trick" candles.

As the guests arrived, I made a point of mentioning I had worn my "diamond bracelet" for the occasion.  After they were all assembled, I announced that my bracelet was lost and I needed help finding it.  They searched where I had last seen it & found a red envelope with a big question mark on it -- inside the envelope was a notecard with "HA HA HA" written, along with a fingerprint.  I told them maybe we would find more clues, but that it was time for the piñata & sent them outside to get ready for that activity.  While they were outside, I "stole" the birthday cake & hid it in another part of the house, then hurried out to join them.  Upon breaking the piñata, along with the candy, out came another red envelope with a question mark.

The notecard inside had another fingerprint & said "The diamonds were so easy to take, I think that next I'll get the ____."  It took them just a few seconds to figure out "cake" and they all ran to the house to try to prevent the theft.  Alas, they were too late!  They found nothing but a green thread where the cake had been!  I had locked the room where I had hidden the cake, to prolong the mystery -- they started a minor search, but I told them it wasn't time for cake & we needed to make our mystery decoders next.  I bought red cellophane which they cut & stapled (faster than glue) between two matching pieces of cardboard that had holes in the center. I used two packages of ready-made "frames" for pictures in memory books, there were various shapes & colors, it saved a lot of time from trying to cut everything & was pretty cheap.  I had pre-made some mystery messages, using a regular pencil to write the secret message very lightly-- then writing a different message (i.e., Happy Birthday To You!) over the letters with a red marker using block letters.  The cellophane screens out the red & they could read the secret message.  They wrote some of their own secret messages & traded them for one another to read.

I ran around & rang the doorbell, and they found another red envelope, the notecard was written in red block letters & said "You'll never catch me, I'm too smart for you, But hidden in this letter, is a very good clue!".  They figured out to use their decoders & found the letter "A" hidden in the message.  I had arranged with a neighbor girl, whose initial was "A" ahead of time that she would be a guest, but also helping me as being the one who-dun-it!  Two of my other children were also "A's".  When the neighbor girl arrived, I made sure one of my kids was wearing the same color that she was (green, to match the thread by the cake).

By this point, the girls were suspicious of everyone, especially me & my hubby!   I told the girls that it was time for cake & maybe we had better get busy & find it.  I had stashed it in one of my kids' rooms -- along with the diamond bracelet I was missing.  I also put another little bead bracelet with the cake -- it was part of a set of 6 & I had given the other 5 to my neighbor to wear prior to the party.  The girls had the clues of the green thread to match her green shirt, the letter A, and after some keen observation one of the girls noticed the identical bracelets on her arm & solved the mystery.

While they were eating cake & ice cream, I was busy in the living room hiding puzzle pieces -- after cake, a mysterious wrapped package appeared.  Upon opening it, they found an empty puzzle box with the note attached reading "If you want to solve this puzzle, you'll have to find 100 pieces, try searching the living room!"  It didn't take long for them to find all of the pieces & I had them assemble the puzzle on a piece of cardboard.  They had already noticed something written on the back of the pieces.  Upon assembly, we flipped it over & written in big letters wrapping around the perimeter of the puzzle & then spiraling in (to keep them from reading without assembling!) the message read "To solve this mystery, why don't you try, checking the place where wet clothes get dry?"

Inside the dryer was another envelope, this one filled with notecards with each guests' name on it.  The notecards were written in a couple of codes, with the code on the card for them to solve.  A=Z, B=Y, etc., was one code.  Another was A=1, B=2, etc.  The codes all led to different locations, when decoded they said "Your surprise is hidden (near the computer, near the washer & dryer, in the bathroom, near the television, where the birthday girl sleeps, etc.)".  I had wrapped the latest Mary-Kate & Ashley mystery book as a party favor for the guests & labeled each one with the child's name so that when they found it, they would know it was for them.  The girls had a great time finding their surprise.

They each got to take home their decoders, a package of markers from making the decoders, the candy from the piñata, and the book.  I knew the party was a hit when at the end, one of the little girls said to me "Do you have any more mysteries to solve?!" 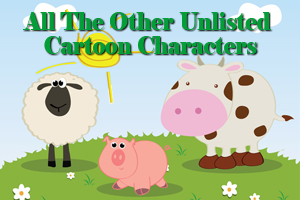