For my daughter's 3rd birthday we had a nursery rhymes theme party, I chose this theme as she loves to sing rhymes with actions all the time.

To start with the card I found humpty dumpty sitting on a wall picture from the net, its was a nice red and pink brick wall as the border with humpty sitting on it,  in the wall we put small images of the rhymes hey diddle diddle, ABC on blocks and Little bow peep. The text was Hey Diddle Dee, Little Miss _______ is turning three. Please join us for a party on (date) at 5.00pm at our residence. The humpty and the red wall on the card was liked by all.

For decoration me and my daughter used craft papers and made a big green hill with grass and flowers and printed a pail Jack & Jill and a well on it, and also made different colour green mountains and blue sky and pasted little bow Peep and her lost sheep, cut a doll from old card as bow peep and cut small white paper as sheep and with black colour made face and feet, also made a whole wall with yellow, orange & blue stars and a moon as twinkle twinkle little stars, we also did a humpty dumpty pinata.

My daughter enjoyed doing the deco and getting ready for her birthday, we printed a big brown teddy bear, rainbow song, a baker with a cake as pat a cake pat a cake and some more, the house really looked like a rhyme world. My daughter was dressed like little Miss Muffet with a hat, used a light yellow dress with frills just like the ones shown in mother goose books. We had around 10 kids all around 6 months to 7 years.

As the kids came we gave each a bag with their names on it to put all the goodies they get and hats, glasses, blowers with stars on it (twinkle twinkle), so when they put it all looked like little stars around little miss muffet. To start with games took all the kids to the teddy bear print and made them sing teddy bear song with actions all of them enjoyed doing it including the parents and then all kids got a small teddy bear to keep.

Then we had Jack & Jill  each child was given small pail and made them stand in a line and at a distant kept a big basket of candies on the count of 3 they had to run and fill their basket with candies and come back to the start line all who filled their pail received a prize a small bag with hair bands & clips, rubber, sharpener, and color stamps  all had some kind of star or sheep etc linked to nursery rhymes, for boys it was stickers instead of clips & bands. The pails and candies were for the child to keep.

Then  the next game was make your own sky I gave each child a pack of star  stickers and blue paper which I had already fixed a smiley as the moon, they had to make their own sky, it was really amazing to see the kids with great enthusiasm sticking stars, once done I wrote the name and collected the sky and later at the end with the goody bag gave the sky for them to take home and keep as remembrance, they wanted more games so I  had jump and pick the stars I bought some glow stars and hung them from a rope next to the wall with stars and we switched off all the lights in that room so the stars looked very beautiful and the kids were shouting with joy they had to jump and pick a star each and who ever got the star as a prize got a star printed pouch with few glow stars & star stickers.

Then we cut the cake, it was a mango cake as my daughter wanted mango cake it was a round cake with a wall made of real mango cut into squares looked neat, we made humpty dumpty made of egg shell sit on the wall and below the wall were 4 small teddy bears and around the cake were M & M of different colors (rainbow).

After the birthday song we had the pinata game, I made a humpty dumpty pinata, we used strip cut paper red for the bottom and shoes, blue for hands and feet and white for the face, and made a black paper hat really looked cute, first the kids had a chance to try to break humpty and then it was the ladies and last men the adults were blind folded. The kids enjoyed picking up all the goodies and getting all the paper and glitter all over them, some were disappointed as uncle broke their loving humpty.

As the kids were leaving I gave each good bags along with their own sky, I bought bright colour bags put a sticker saying Thank You (name of the child) love (my daughters name) Inside the bag for older kids was crayons and a rhyme colour tag (had printed rhymes which you can colour & sing and keep on the study tables) and colour book, some lolly pops, wafer biscuits. And for smaller kids gave a tiffin box instead of colors & books.

The party was a great hit the kids had lots of fun and so did the adults till today a month now people are still taking about it and kids asking me aunty when is the next party. 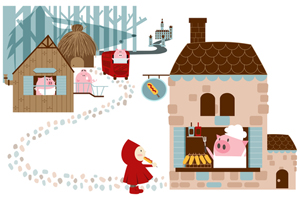