My daughters 4th birthday is just around the corner - September the 8th, I have arranged a marvelous bash.  I have set the theme as princesses and knights in shining armour - my daughter is a huge Disney Princess fan.  I had loads of problems finding suitable invitations, and so I decided to make them myself, I went onto clip art and find suitable princess and knights pictures and printed the off, I then traced the images and put them on to card, water coloured (some of the areas), and put gold gel glue around the framed small princess or knight in the centre of the card, then around the centre box I cut out some fake feathers (which I shredded up) to look like fur, I carried the theme onto the knights card using different shredded feathers and gel glue colours.

Inside the invite I wrote - Lady Hayley you are invited to attend the fourth birth-year of HRH Princess Chloe Ann, wear your prettiest dress and prepare to dance the day away with some of the handsomest knights in the land - on the opposite side of the cards I put the venue along with time etc.  These were a great hit, all the parents have been asking me to make there invites, some of them thought they were purchased from a shop!  The party is at my home, I have decided to build a princess palace and a knights fort - around my pagoda in the garden I have cut out huge appliance boxes - painted them pink and stuck huge Disney princess pictures, in the pagoda I intend to put streamers, pink and lilac and balloons the same colour.

Also in my garden my daughter has a jungle Gym, this is going to be the fort - again, I have painted appliance boxes grey, and I am going to staple gun them onto the jungle gym, placing silver streamers and silver balloons in the area.  When the children arrive I have made a huge cardboard carriage for them to arrive in style, they will go out into the back garden and I will officially announce them to the other guests, I will also take their photo as I think this will be great to send as a thank you card - whilst the kids are awaiting the other guest I will give them colouring sheets which I printed off the Birthdayexpress.com web site - shields, princess etc,

I have also made a jar and filled it with sweets - as they arrive I will ask them to guess how many sweets are in the jar - when they leave the winner will be announced and will win the jar (which I have decorated in both princesses and knights).  When all the guests have arrived I have a few games to play the first being a balloon game, to break the ice I am going to give each guest a balloon - they will be asked to bash it in the air - and keep it up - I have tried this with my daughter and she loved it - this will get them used to each others company, then we are going to play a variation on hot potato - instead they will be passing around a brown bag - in the bag there is fake moustaches, glasses with noses attached, hair pieces etc, when the music stops the person holding the bag will be out - they will then be asked to take a prize out of the bag and wear it!

We will also be playing a cotton ball game - I will place two chairs about 6 foot away from each other (facing each other ) each child will take in  turn to be blindfolded and given a ladle and asked to pick up cotton wool balls up with the ladle and place them on the opposite chair - my husband and I have tried this game - and we were hysterical as you can not feel the cotton balls, and so you do not know if you have something on the spoon or not.  Then we will sit to a feast - the girls are eating of princess Disney plates etc, the boys are eating off silver paper plates - and the rest of the stuff like napkins, tablecloths etc are also silver.

For activities I have two  the girls are making tissue flowers- pink and white tissue paper folded over like you would a paper fan, secured in the middle with a bendy straw and puffed out, the boys are decorating cardboard shields which I have pained grey - I have purchased wands and swords - at this stage I will give them out and they can then go mad in the fort and castle, after this I have got a princess piñata and a punulta for the younger children, I will give them a bag to fill up with goodies, and as a calming down activity they are going to watch a themed video.

I have also printed off Disney princess colouring pages and other Disney colouring images for the boys, I have put a slide binder down the side and downloaded cliparts of different princesses and knights - placing their name on the top of the page - such as Princess Chloe and Sir Anthony --  my daughter and I have decorated this front cover with glitter and ribbon - this will also be given as a booty bag gift, along with the stuff they have gathered from the piñata and the wands and swords, also the things they have made, and finally they will be given cake to take home along with some other stuff I downloaded off the web site, such as door hangers and mobiles,  It has been exhausting organizing everything - my daughter has been involved at every stage and is very excited!!  I can not wait to see the children's faces as they arrive!

As a final thing each child has been given a jumbo picture to colour at home to get them in the mood, they have been asked to colour them in and bring them on the day, they will be judged and the winner will get a prize ( they all will be winners of course) - as I will find it hard to judge and I will then give them all a prize - for the girls I have purchased little cute pink boxes and for the boys wild bouncy balls! 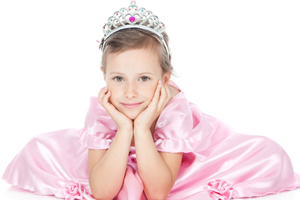