I plan my younger sister's birthday party every year. We always try to do a theme that none of her friends have done before. So this year, for her 12th birthday, we decided to have a fashion/runway birthday. We are both fans of Audrey Hepburn, so the theme and colors of the party was a vintage couture theme.

INVITES: on the front, we had a collage with pictures of Audrey Hepburn, and inside we had the basic info(place, date, time)it was a sleepover, so we told them to bring sleepover things. Also, we told them to wear jeans and a solid blue or white shirt.

DĂ‰COR:We didn't do a lot of extravagant dĂ©cor for the party. We just decorated the food table with large glass jars full of black and white candy, and set up the sleeping room with mattresses, pillows, etc. We also put of posters of Audrey Hepburn movies in there.

For the main party room,we got a lot of black poster paper at the craft store. Using a projector, we traced silhouettes of girls putting on makeup, posing for the camera, etc..onto the paper. Then we cut them out and posted them around the main room.On the front door, we put a typed up paper saying:Models only beyond this point.

ACTIVITIES: When the girls arrived we explained what we were going to do. WE told them they were going to have their hair, makeup, and nails done before they had a photo shoot. I had a couple of friends come over.

WE had set up different stations(Hair- we had curling irons, and straighteners with two girls doing hair; Makeup-we had simple makeup in assorted colors for the girls-be sure to have many brushes so they don't share;nails-we had two girls painting nails in assorted colors we got at the market)The girls all got very excited,and couldn't wait to get started. Make sure that the people working at the stations are really efficient, so the girls don't get restless. They had a blast talking, and snacking, and getting pampered.

Once the first few girls started finishing, I took them one by one outside to take their pictures. We had them pick one spot in the yard that they wanted to do their photo shoot, and we spent about 15 minutes on each girls. If they were a little camera-shy, we had them take pictures with the birthday girl. All of the pictures came out very nice, and the girls felt very special. Meanwhile, while other girls were getting their pics taken, the other girls started working on their crafts.

CRAFTS: We had two options for crafts: First-we bought simple, cheap breakfast trays at the craft store and painted them black. We had the girls glue on pics of Audrey Hepburn, and other pictures they cut out from magazines. On the top we got sparkly letter to write Breakfast At [girl's name]". We finished them off with a colorful bow.

For the SECOND craft-we got cheap white hatboxes from the craft store. Again the girls could decorate the hatboxes with whichever pictures they chose.Once all of the pictures were taken we took all the girls out to take a group picture. We huddled them against a white backdrop in our yard. They looked so cute in their coordinating colors. We did smiling a model and silly pictures of all the girls and they all came out very cute.

MORE ACTIVITIES: after all of the girls finished crafts and pictures they just hung out and talked until they were ready for their next activity. This one was a fashion runway challenge. Before the party we had gotten XXL tee-shirts in the men's section of wal-mart. Be sure to get the biggest you can find so they can be long enough as dresses. We got one black and one white for each girl.

We also supplied them with scissors string ribbon flowers glitter glue etc.  For the activity the girls had to transform the tee shirts into their own creative fashion. My friends and I all helped the girls as they rushed to finish their dresses. They were all very creative with their designs-they cut to fit themselves and turned them into strapless or short sleeve with ribbons or flowers.

After they were all done it was time for the runway. One of my friends taught them how to walk and then they were ready. We had laid a long white "runway" out of paper in the backyard. My friends all used their cameras and lined up to be the "paparazzi" I cued them when to go  and they all were really excited. My parents were the judge and at the end we awarded them with awards for: best in show most originaland most wearable. After the fashion show the girls ate pizza and got ready for cake.

CAKE:for the cake we had a two tier white cake. The tiers looked like hatboxes and I frosted"vintage couture" around the edges of the hat boxes. After cake the girls got ready for bed. We had of course Audrey Hepburn movies but if they got a little tired of them we also had other favorite modern movies. The girls ate popcorn and candy and all had a ball. In the morning my mom made breakfast. We put the plates of food on their new breakfast trays and brought them to them while they were still in bed.

FAVORS: after they went to sleep we got the hatboxes they made(make sure they put their names on them)and filled them with favor goodies-small picture frame nail polish makeup and pics that we printed from the photo shoot. All of the girls had a blast an my sister says everyone is still talking bout it. " 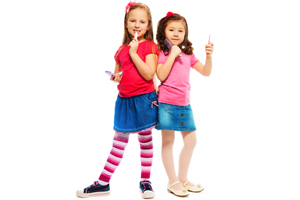