Disney Princess party featuring Aurora:  For our daughter's 5th birthday party she chose Princess Aurora. I found a great picture of Aurora and scanned it in my computer and printed it in color on 24# laser paper. I made invitations that were inviting all to the royal celebration of Princess Shelby's birthday.

The invitations started with Hear Ye, Hear Ye… and had a great royal script and invited all to the celebration and to come dressed as their favorite prince or princess in their most royal attire. Upon their carriage's arrival the princesses were gifted with tiaras and magic wands while the princes were granted crowns and swords of bravery. The invitations were printed on vellum and overlayed on the picture of Aurora. I trimmed all the edges and rolled them into scrolls that were hand delivered. I made a castle out of a few refrigerator boxes and painted them white then sponge painted the brick design on the castle walls in pink and purple. I made two turrets and connected them with an arch.

At the party this was placed against one wall and a large chair was placed in the opening to take pictures of all the attendees. I dressed as a queen and my daughter was dressed as Princess Aurora. We have a local character company that had a young lady who dresses as Aurora for birthday parties. She came and entertained all the children for a little over an hour. I purchased a Maleficent costume from the Disney store and a friend came dressed as her. We got some great pictures of all the children with Aurora and Maleficent.They all loved having them there and really enjoyed the party.(And now I have an excellent Maleficent Halloween costume!!)

I gave all the children tiaras, crowns, wands and swords that were purchased at Oriental Trading fairly inexpensively. I did this instead of making goodies bags and it also worked out really well because the swords gave the boys that came to the party some entertainment if they weren't that enthralled by the story of Sleeping Beauty.

I decorated the room with glass slippers, wedding rings, confetti and other items that I found at the dollar store.We made a great centerpiece of Princess balloons for the tables with a helium set that I purchased at Walmart.We draped pink streamers across the ceiling of the room to give it the effect of banners and put flags on the castle walls made out of sheets of colored foam. I had several Disney Princess cd's and we played those as background music.

I made a castle cake from a great design idea that I found on the Family magazine website. I iced the cake in white and trimmed it in pink. It had 3 levels and 4 turrets made out of sugar cones. The windows were made from graham crackers and I got a play set of Aurora characters and put them around and on the cake. It turned out great and my daughter absolutely loved it. This was my first attempt at a birthday cake, and although it took a while to make,it was well worth the effort. We all had a great time.

Don't think this party was very expensive. I spent several months planning her party and stocking up on supplies that I would find on sale here and there. 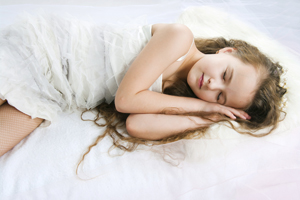