For my 12th birthday, I'm doing a mall scavenger hunt.

INVITATIONS: It doesn't matter what the invitations look like, just so long as they are colorful and provide all of the information needed. At the bottom, write that it is a costume party, and they need to come as anything BUT themselves. The idea behind this is they go to the mall looking rediculous. You can choose to dress-up also, or dress as yourself.

UPON ARRIVAL: Have the guests put their presents, and play an ice-breaker game once all the guests arrive, if there are people that most guests don't know. After everyone feels comfortable with one another, give each guest a blindfold (which can be purchased cheap at a local dollar store) and pile them into a car.

AT MALL: When you get to your mall, have everyone take off their blindfolds, and go into what your designated meeting spot will be (ex. the food court.) Divide people into 2 groups (I have 8, so 2 groups of 4) and give them their scavenger list.

On it, have two categories: pictures and items. Under pictures you might want to put something like a kid playing with a puppy, or someone eating ice cream. Under items, list things that can be found in stores throughout the mall that aren't too expensive, but AREN'T cheap (a necklace, neon socks, ect.) Make the number of items the same number of people that are on the team.

Then, give each team a purse (from a local dollar store) with $25 (amount differs with the amount of people,) a map of the mall, and their list. Set a time limit, and make sure everyone is back at your meeting spot within that time. The team with the most correct items wins. If both teams have the same number of items, the first team back wins. Award the winning team with a prize ( a huge candy bar, gift certificates, ect.)

AFTER: Have everone go back to your house for cake and ice cream. Then open gifts. For party favors, number each of the items purchased, and have the guests draw a number from a hat, and then they get that item. Also hand out candy. Watch a movie until parents come to pick up their kids.  I had my 2 closest friends spend the night.

Make sure you have snacks the whole night so you aren't contantly making trips to the kitchen. Some ideas are pretzels, M & Ms, fruit, starbursts, popcorn, and anything else you and your friends like. Watch movies, listen to music, and play games like No-Mirror Makeup (self-explanatory,) Art in the Dark (also self-explanatory,) and a game where you make a circle of crazy colored nail-polish, and set an empty one in the middle.

Spin the empty one, and paint of of your toe nails the color that the "spinner" landed closest to. Another fun thing to do is read magazines, such as Cosmo Girl, J 14, People, Seventeen, ect., and when everyone is through, cut out cool pictures and make colages out of them.   I hope you liked my idea! 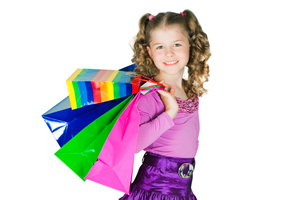