My twins 6th birthday was coming up and I decided to have a gymnastics party for them, since they have both been going to gymnastics since they were 2yrs old and both have an exeptional talent in the sport - it seemed like the perfect idea! There were going to be around 32 girls, including them at the party as they were both alowed to invite 15 friends each.  I hired out the gymnasium where they attend their gymnastic classes for the party.  It is very big so was perfect for so many girls to be running around in! The party was a success and this is what I did.

INVITATIONS:  For the invites I took pictures of the girls doing a variety of gymnastic moves, jumps and holds and chose the best few for the front. On the invite inside I wrote- YOUR INVITED TO BRANDI AND ANGEL'S TUMBLING BIRTHDAY PARTY!!  Followed by all the usual party information.  I found gymnastic themed stickers online and stuck them onto the the front of the envelope. I put the invite inside along with gymnastic themed confetti and gave them to the girls teacher to give out during school.

DECORATIONS:  I chose two colours for the colour scheme - pink and lilac (the girls favourite colours) and hung up streamers, balloons, ect. Of that colour around the gym.  I also had a banner which read,  'Happy 6th Birthday Angel and Brandi!' in the same colours.

THE PARTY:  On the invite the guests were instructed to wear clothes that are flexable and easy to move in, such as;  leggings and baggy t-shirts.  They were also told that they would have to be barefoot, or wear just socks on the mats so as not to wear shoes, which they would have difficulty removing and putting back on, and not to wear jewelry as they would have to take it off during the party.  When they arrived, they were shown to the gym and asked to take their shoes off and sit in a circle on the mat.  They were also given a sticker with their name on it so the instructers and myself could keep track of who was who. While they waited for everyone to arrive, they played some running around games like; tag and show me the shape, and once everyone was there, the instuctors made sure they were stretched properly and started the main activities

ACTIVITIES:  We split the girls up into 4 groups (to make this fair we have a bag with stickers in four colours - red,yellow,green,blue- I tried to find ones with pink and lilac but in the end had to settle with what I could find). We set up 4 stations -

S1:- for this station we just set out 4 rows of 4 mats - the girls at this station paired up and stood at the top end of the mats the instructor at this station demonstrated a gymnastic move and told the girls to do the same move and moving down the mats as they followed one girl after another. After the first girl had finished then the second girl in the pair did the same move. The moves got progressively harder as it went on.

About half way through they swapped aparatus for the box and the girls got to do sommersaults by jumping on the spring board and landing on the cushy box (some of the girls didn't want to do the sommersaults so instead, we did a dive roll onto the box, which is basically jumping into a forward roll)

S4- this station was the air track (I have to say, I think this station was my favourite). The air track is basically a really long inflatable 'track'. The girls got to jump along it doing jumps, and moves.  They all seemed to have a really good time at this station because they could all just jump along it and if they fell on it,it didn't matter. After the stations the girls all rejoined on the mats and the instructors told them they were going to do lifts!  They all got so exicted about this! This time they were split into 4 groups of 5 and 2 groups of 6, and each group was taken off by a helper (this worked the same as stations system, but we had 6 colours in the bag (red,yellow,blue,green,orange and white) ) They all did a variety of lifts from easy ones like cola carries to harder ones like one man up's, and split lifts, as well as lots of other ones. Once they had practiced each lift enough times that everyone in the group got a shot of going up for each lift. They all got together once again and did a big session of skills where they could go with an instructor based on what skill level they thought they were- so the more skilled ones went off and did their moves a little more independently, and the less experienced ones got help with some easier moves. They all had fun doing this. What the girls didn't realize was that this was building them up for their 'big competition'.

We gathered them all on the mats and told the birthday girls to stand up and come to the front. We then told all the girls that they were all lucky enough to be competing in the '1ST ANNUAL BRANDI AND ANGEL GYMNASTIC COMPETITION!' The girls and two of their friends, who are at their level at gymnastics, would be team captains (so that each team would more or less a mixture of the really skilled and less skilled girls). I then told the other 4 girls who went to their gymnastics to stand up, and each girl got to chose one for their group. The 5 other girls who were in the 'skilled' group at the skills section (because there were 5 girls and 4 groups after they had each chosen a girl there was one left.  The way I worked out what team she would go in is whichever birthday girl had invited her to the party got to have them in their group) then I asked the 7 girls who were in the 'average' group for skills to stand up, the 3 groups who only had 3 in their grouo at this point got to chose first so every group had 4 - they then all chose there 5th team member. I then asked the remaining 12 girls to stand up and the girls each chose their 6th, 7th and finally 8th team member.  They now had to go off with an instructor and got to put their own little routine together! Using all the skills they had collected along the way. They had 20minutes  in which to do so.  They then had to present their routines to the ‘judges’ (me, one of the other instructors and my sister)  The winning team got a certificate as well as a voucher for a free gymnastics lesson at the centre! Everyone got a certificate with their teams ranking on it. After this we went into the next room for food, drinks and cake!

FOOD:  For food we just had finger foods like; sandwiches, cocktail sausages, crisps and mini sausage, rolls.  For juice they all had pineapple, orange or apple juice.

CUPCAKES:  Instead of a cake we got cupcakes iced with either pink or lilac. Icing every second cake was iced with lilac icing and had a letter iced in pink, and every other cake was vice versa.  The letters read out HAPPY 6th BIRTHDAY  BRANDI AND ANGEL ! This made 30 cakes and the birthday girls got a special cupcake with their full name on it and a ‘6’ candle in it  all the napkins, cutlery and plates were pink and lilac too.

PARTY BAGS:  I found party bags with a girl doing gymnastics on the front of it and used these for party bags. Inside we put rubber eraser, notepads and pencils inside that matched the theme. I also put pink and lilac gel pens inside and pink and lilac hair ribbons, baubles, kirbies and a little pink or lilac glittery yankee candle. They looked adorable, and as the girls left Brandi and Angel handed them out!   This party was a great success and all the girls had such a great time! I had mums phoning me up asking if their daughters could go to my girls gymnastic class! This party was one of the best the girls have ever had, and everything  went down so well! The party cost us taking into account the cost of the gym, party bags ,decorations and cupcakes about £200, but it was well worth it!! I hope this party gives some other mums some ideas for a great party for their daughter as the great thing about this party is it can be made to fit all ages!! 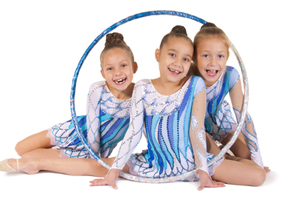